We thought you might be interested in this story about the proposed Morris Canal Greenway. It was published recently on Jersey Digs:

Today, one can drive directly from Jersey City to Phillipsburg, a small town along the Delaware River across from Easton, Pennsylvania, using Interstate 78; it takes a little over an hour. However, 140 years before the highway’s construction, transportation of goods between the two communities was an arduous task.

As the population of the New York Metropolitan Area grew, and industrialization increased in the Northeastern Pennsylvania mountains with the explosive growth of anthracite coal mining, the Watchung Mountains and the hills of Central New Jersey presented a barrier in delivering the coal to New Yorkers. A need arose for a new method of transportation to connect the Lehigh Canal, which was used to transport coal from present-day Jim Thorpe in Carbon County, Pennsylvania to Easton, with the rapidly growing metropolis to the east.

In the 1820s, construction began on the Morris Canal, a 102-mile waterway that would be built from Warren County, through Sussex, Morris, Passaic, and Essex Counties to the Hudson River waterfront in Jersey City, Hudson County.

According to Robert Goller’s The Morris Canal: Across New Jersey by Water and Rail, when completed in the mid-1830s, “it climbed higher than any other canal ever built”, and included 23 inclined planes and 23 conventional lift locks. A trip on the canal from the Delaware River to the Hudson River would usually last for five days. The canal’s construction forever changed Northern New Jersey and led to the development of communities directly along the canal’s path like Bowerstown, Port Colden, Ledgewood, Boonton, and Wharton. Some homes used by the lock tenders remain standing to this day.

For decades, “the “Morris Canal played a crucial role in the industrial development of New Jersey”, according to the New Jersey Historic Trust, but, with the growth of the railroad industry in the later part of the 19th century, it saw a decline in traffic and eventually closed in 1924.

Few traces remain today of the historic canal. Its former route through bustling Downtown Newark and the city’s North Ward, for example, became a trolley line, and today contains most of the Newark Light Rail. Other communities have attempted to preserve some of the canal’s heritage over the years. There are signs across the state indicating the Morris Canal’s former route, and a former ‘canal town’ in Sussex County is now Waterloo Village, a state-owned open air museum. Every year, the Borough of Wharton hosts a Canal Day festival, and there are regularly scheduled canal heritage walks in Passaic and Essex Counties.

In recent years, several municipalities have strived to bring residents down to the site of the canal by creating public spaces along the route. In the past two decades, parks and trails have been developed at the site of the canal in Jersey City, Bloomfield, Woodland Park, Little Falls, Clifton, Montville, Wharton, and Stewartsville. Last month, a new path opened in Phillipsburg, and there are plans to create a High Line-inspired park on a former railroad bridge from the canal terminus in the town across the river to Easton.

Now, there is an effort by the North Jersey Transportation Planning Authority to link the recently developed properties to create a statewide greenway connecting Jersey City with Phillipsburg along the route of the former Morris Canal. According to a legal notice, the NJTPA “is announcing a Request for Proposals (RFP) for consultant assistance to support development of a continuous greenway along the historic Morris Canal right-of-way”. and “the effort will involve inventorying the entire route, conducting outreach, and preparing design guidelines and recommendations for bicycle and pedestrian use”.

The RFP states that the project will be guided by the Morris Canal Working Group, and that the consultant “will identify and map potential greenway spurs to link to nearby destinations, transportation resources, and existing regional connections”. Wayfinding signage and historical markers are also planned, and funding is set to be provided through a federal grant from the Federal Highway Administration.

A pre-proposal informational meeting for interested firms was held on February 16th. Submissions are due by March 1st, and a contract is set to be awarded on May 15th. 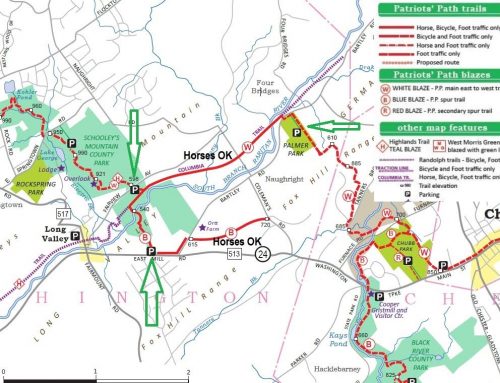 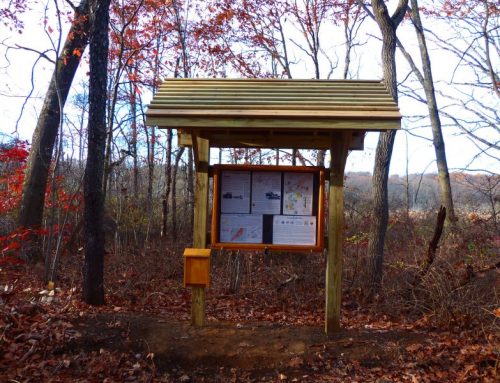